Stanley Smeltzer (Smithfield HS) and Briana Csontos (Culpeper HS) were recently selected as the Dick Glover Scholarship winners for 2017. Initiated in 2016 by the Virginia Wrestling Association, the Dick Glover Lifetime Achievement Award celebrates the legacy of Dick Glover who set a standard of integrity, competitive excellence and tireless promotion of scholastic wrestling in the state of Virginia. Coach Glover had an outstanding career as a teacher, coach, and mentor at the Woodberry Forest School and the Blue Ridge School.  Smeltzer and Csontos embody the highest ideals of sportsmanship, character and servant leadership that are hallmarks of the Dick Glover Scholarship.

Smeltzer, a Virginia Tech signee, won the 182 lb weight class at the VHSL 4A State Championships in 2017, after winning it the year prior at 170 lbs, placing third as a Sophomore, and 6th as a Freshman. He has competed for the Virginia Wrestling Association in Fargo, going deep into the Junior Freestyle and Greco Roman tournaments. Csontos, who spent the second semester of her senior year of high school at the Olympic Training Center in Colorado Springs, CO heads to Columbia University where she will be a founding member of the Women’s wrestling team. The Culpeper grad has placed at various National events throughout her high school career, including a third place finish in last summer’s Cadet Nationals in Fargo.

Congratulations to these outstanding recipients of the Dick Glover Lifetime Achievement Awards for 2017! 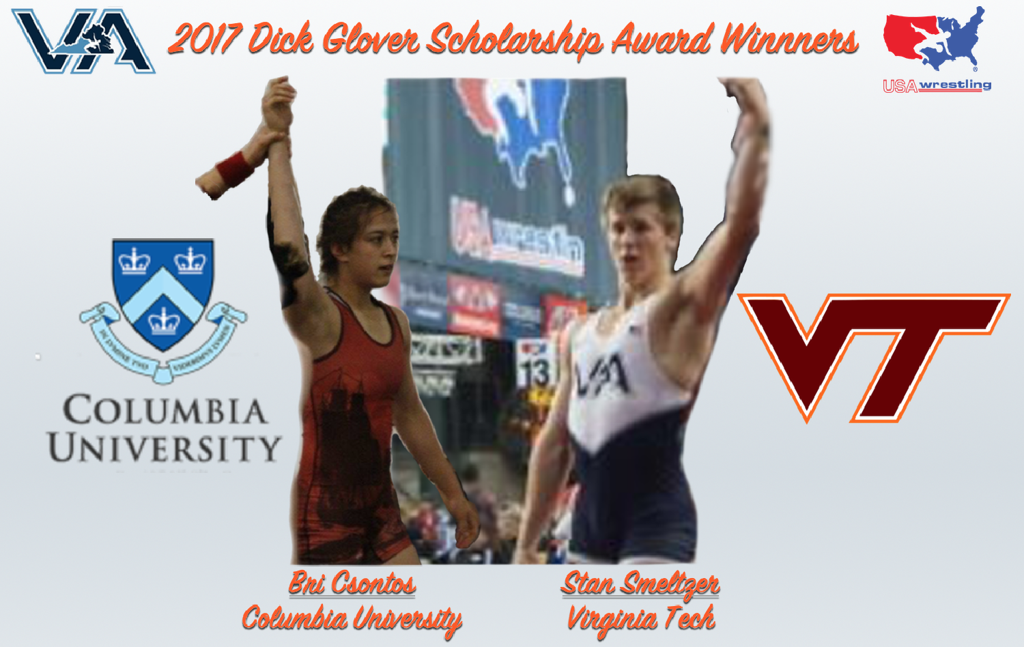